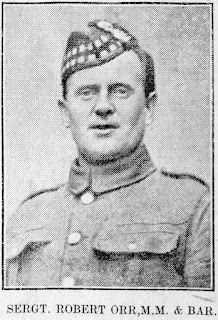 In 1914 Robert found himself in trouble with the law.


A SOLDIER IN TROUBLE AT AYR
At Ayr Sheriff Court yesterday – Sheriff Substitute Robertson on the bench – Robert Orr, a private in the 6th Battalion Royal Scots Fusiliers, pleaded guilty to having made statements in the Dumfries Arms Hotel, Cumnock, which were calculated to prejudice recruiting for His Majesty’s Army. It was stated that he said they should not join the Army as they were a great deal better where they were.

The accused, who was the worse for drink at the time when he made the statement, was dismissed with an admonition. The charge was under the Defence of the Realm Act.


From the Chronicle Nov 1915 - a hearty send off for L/C John Black of Skares and Pte Robert Orr of Townhead St.  On the same train were Pte Andrew McSorland and Lieut. D M Hill. John Black also was to die. 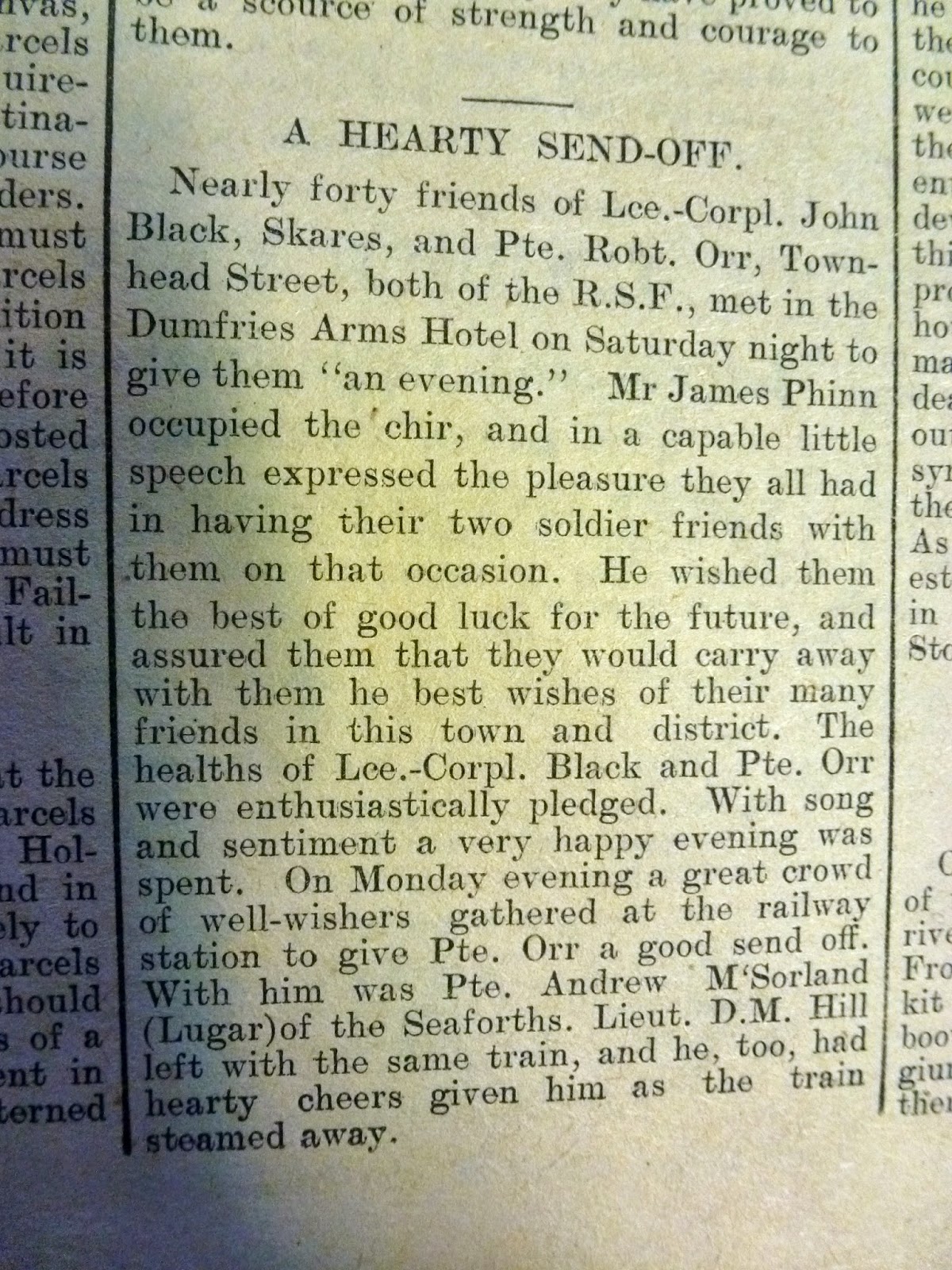 From the Cumnock Chronicle 1918

He was a Sergeant in the Royal Scots Fusiliers. Service Number 12288. Died 22 Mar 1918 in France. He was awarded the Military Medal with bar.


In his soldier's will dated 1915 he leaves everything to his nephew James Orr Lorimer, the son of the above Mary Orr.

It seems from this Chronicle article, he died while a prisoner of the Germans. 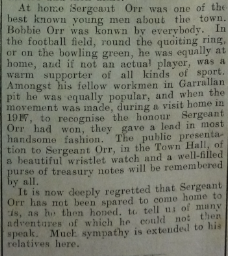 He is remembered on the Arras Memorial and on Cumnock War Memorial.

He is a relation of CHG chairman Bobby Grierson.

A postcard sent by Robert to his friend Robert Samson can be seen here and 2 letters telling of the loss of Robert Gilmour here. Big Hugh Lorimer and Duncan Ferguson are also mentioned as being there.
He signs himself "your old Pal Ticky."

Footnote, from Bill Braniff.
Captain Wyllie tells of being badly wounded and being rescued and carried for miles by Pte Lane and Cpl Robert Orr . Both were later killed but he recommended the award of MM (military Medal) to Cpl Orr from Cumnock.
from “The Battle of Loos” by Philip Warner. (ISBN 1 84022 229 8). The writer of chapter 13 is Captain Wyllie

Here he is on Commonwealth War Graves Commission