The group would like to appeal to individuals with knowledge of family members for photographs of the soldier, either in uniform or not, and photos of medals or other memorabilia eg letters sent home from the Front. If you would be prepared to share these on this site, please email the web manager info@cumnockhistorygroup.org The group is willing to share any copies of documents found with the soldier's descendants.


James Neil  was born  on 22 October 1888 in Glaisnock Street, Cumnock to James Neil a life assurance agent and his wife Elizabeth Kerr.

He died on 16th June 1915 in Belgium. He served with the Gordon Highlanders. He had previously worked in Burma.

This from the Aberdeen Evening Express, 24th June 1915 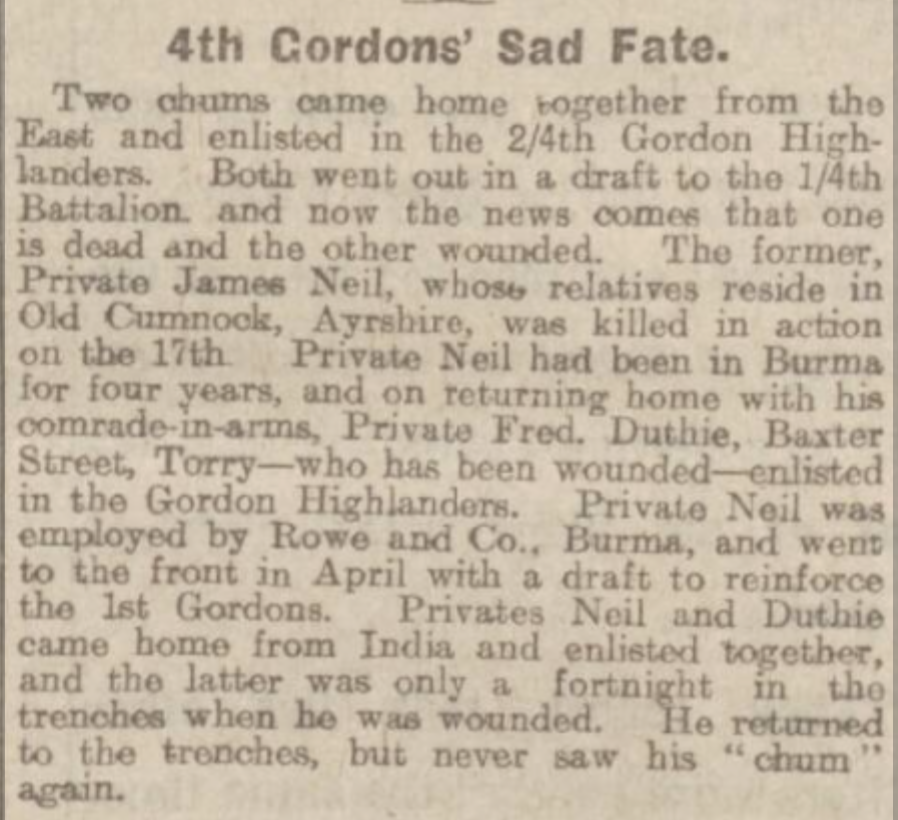 James's record on CWGC  He was 28.  He is remembered on the Menin Gate at Ypres. His name is just below the poppy.

His brother was also lost.  He was Corporal George Neil (George Henry Neil)

From the Cumnock Chronicle 6 Sep 1918

Died of wounds at a Clearing Station in France on 25 Aug 1918 Corpl George Neil,  H.L.I., youngest son of Councillor James Neil and Mrs Neil, Lugar Street, in his 25th year.