He was a Sergeant in the 6th Battalion of the Royal Scots Fusiliers and died in France of wounds on 2nd August 1915. He was 37. He is buried in Lillers Communal Cemetery in France and is remembered on the Cumnock War Memorial.

He was the brother-in-law of William Twigg who also died.

See the family on the Cumnock Connections tree. I realised he is related to me by marriage!

His entry on Commonwealth Graves Commission

I've just received this photo from his grandson William Braniff in Norfolk. He says it is a photo of RSF corporals taken at Aldershot. He was in the 6th Battalion.
Robert is the one on the extreme right. Maybe one of the others is his brother-in-law William Twigg? 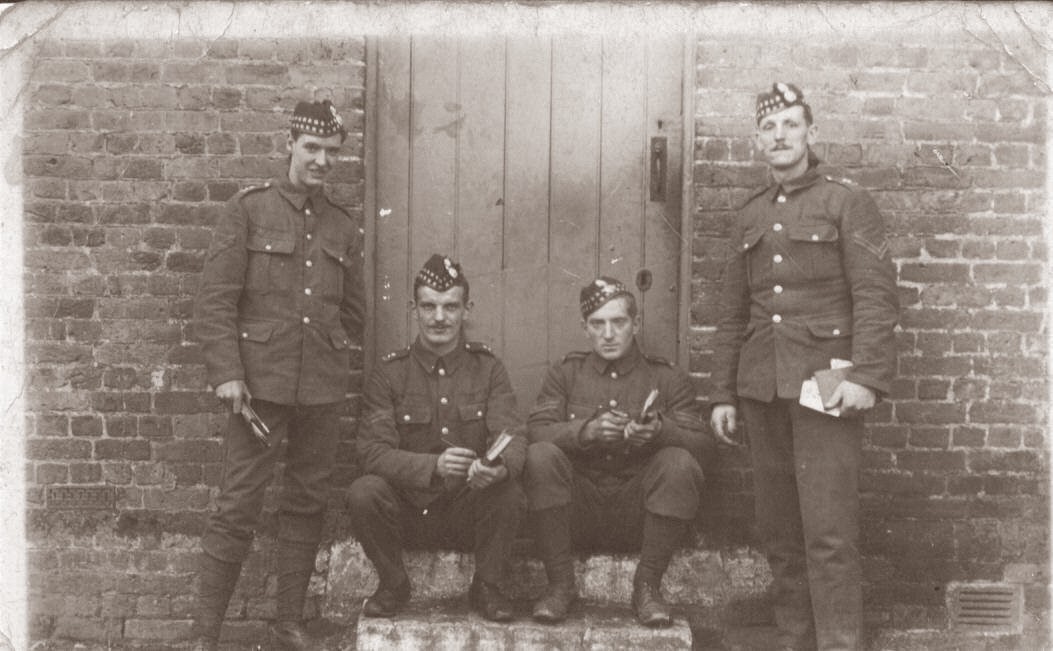 His soldier's will is available from scotlandspeople for £2.50.
Posted by Kay McMeekin at 07:20