I noticed that there was a gravestone in Cumnock new cemetery mentioning 2 men who aren't on the war memorial: Robert and William Alexander. 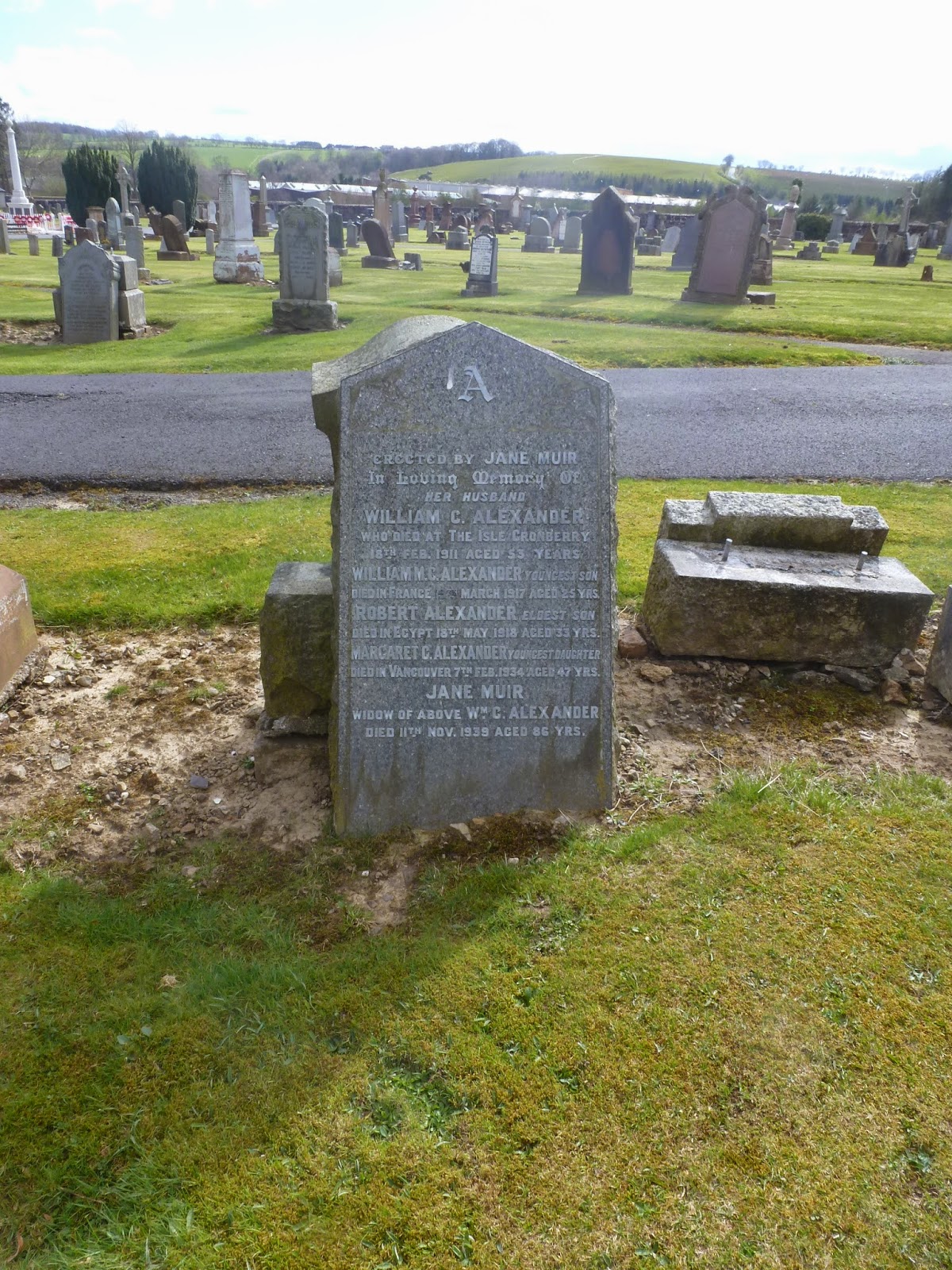 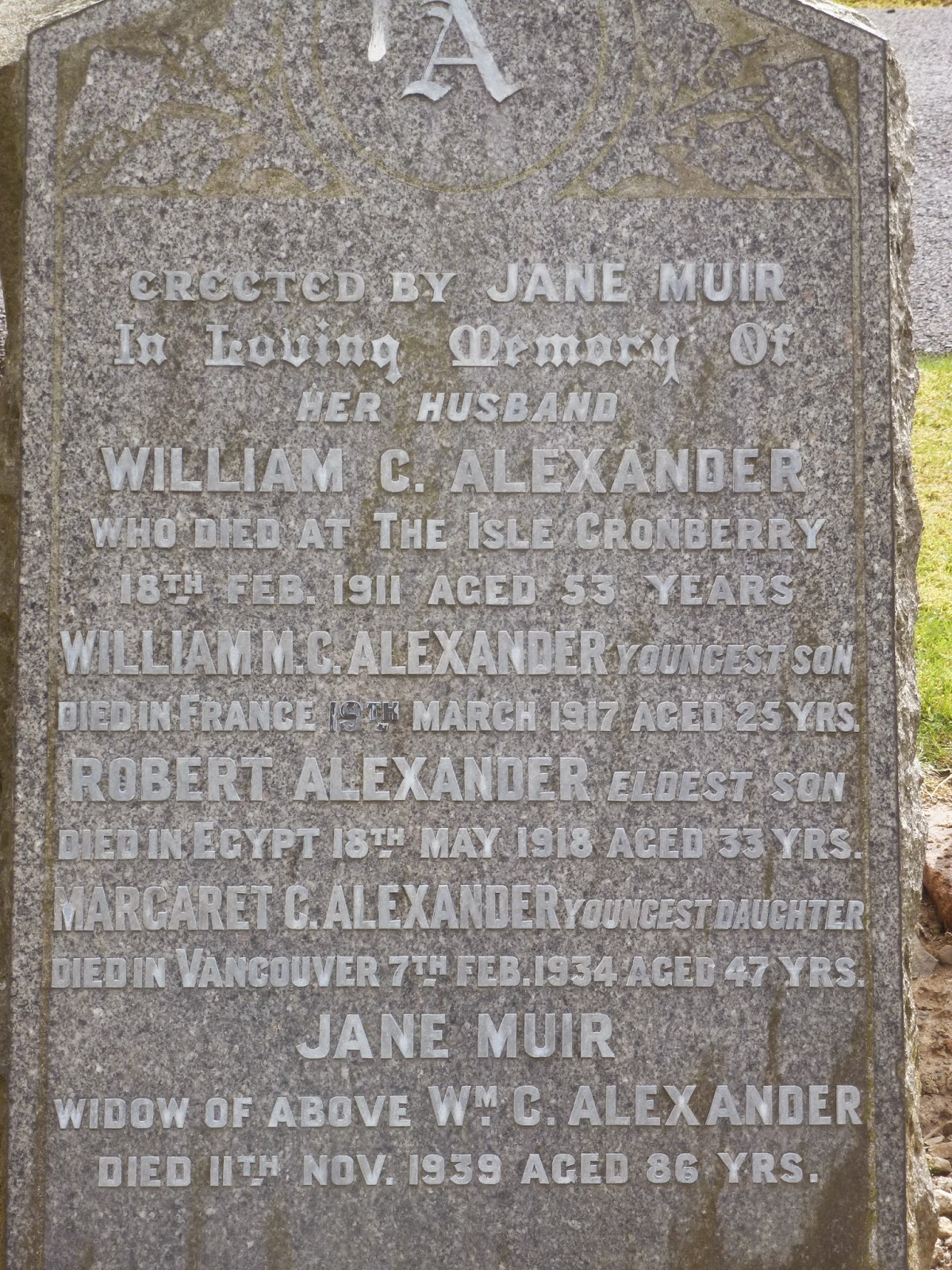 The parents are William Cochrane Alexander born in Fenwick in 1847. He was a gamekeeper. He died in Cumnock in 1911.
His wife Jane Muir was from Dumfries.
The sons were born in Dunure in the parish of Maybole.

William was a private in the Gordon Highlanders.

This is the photo you wanted and I hope you are satisfied now.
Best love to all from Bill
Which one is Bill is unknown. Not the sergeant.


William's entry on the CWGC 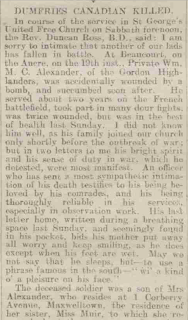 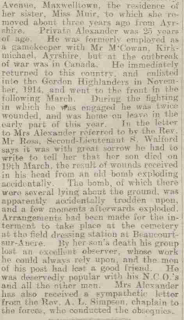 This appears to be Robert in the
1901 census
Knockdollan, Colmonell
Robert Alexander 16 gamekeeper b Maybole

The older brother Robert was a company quartermaster sergeant in the ASC, and was mentioned in despatches.

His army service record survives. He enlisted in January 1915 in Blairgowrie. He was a gamekeeper in Drylack, Alyth. His mother was his next of kin. He was mentioned in despatches in the London Gazette on 14 Jun 1918 (a month after his death.) He died in Egypt on the 13th May 1918 from dysentery and is buried in Jerusalem War Cemetery.


Robert's entry on the CWGC

The family on Cumnock Connections tree