Hugh Brogan was born at Townhead, Old Cumnock in 1887. His mother Catherine Brogan died after his birth of puerperal septicaemia and he was brought up by his grandparents Michael and Isabella Brogan.

In 1911 he was already in the Royal Scots Fusiliers, aged 24, single, a signaller in South Africa.

It is noted he was the son of the late Catherine Brogan so he presumably was single.  He is buried on The Faubourg d’Amiens Cemetery in Arras France and is remembered on the Cumnock War Memorial.

Update 15 Oct 2014
An obituary in the Cumnock Chronicle confirms that he was brought up by Granny Brogan. He served for twelve years in India and South Africa eventually joined the South African mounted police where he rose to the postion of Sergeant. He was in South Africa when war broke out and returned home to enlist with his old regiment and was in duty in France by October 1914. He was expected to be married to Nurse Clark of Pretoria this spring (1917) but owing to sailing restrictions on women she was not allowed to sail. 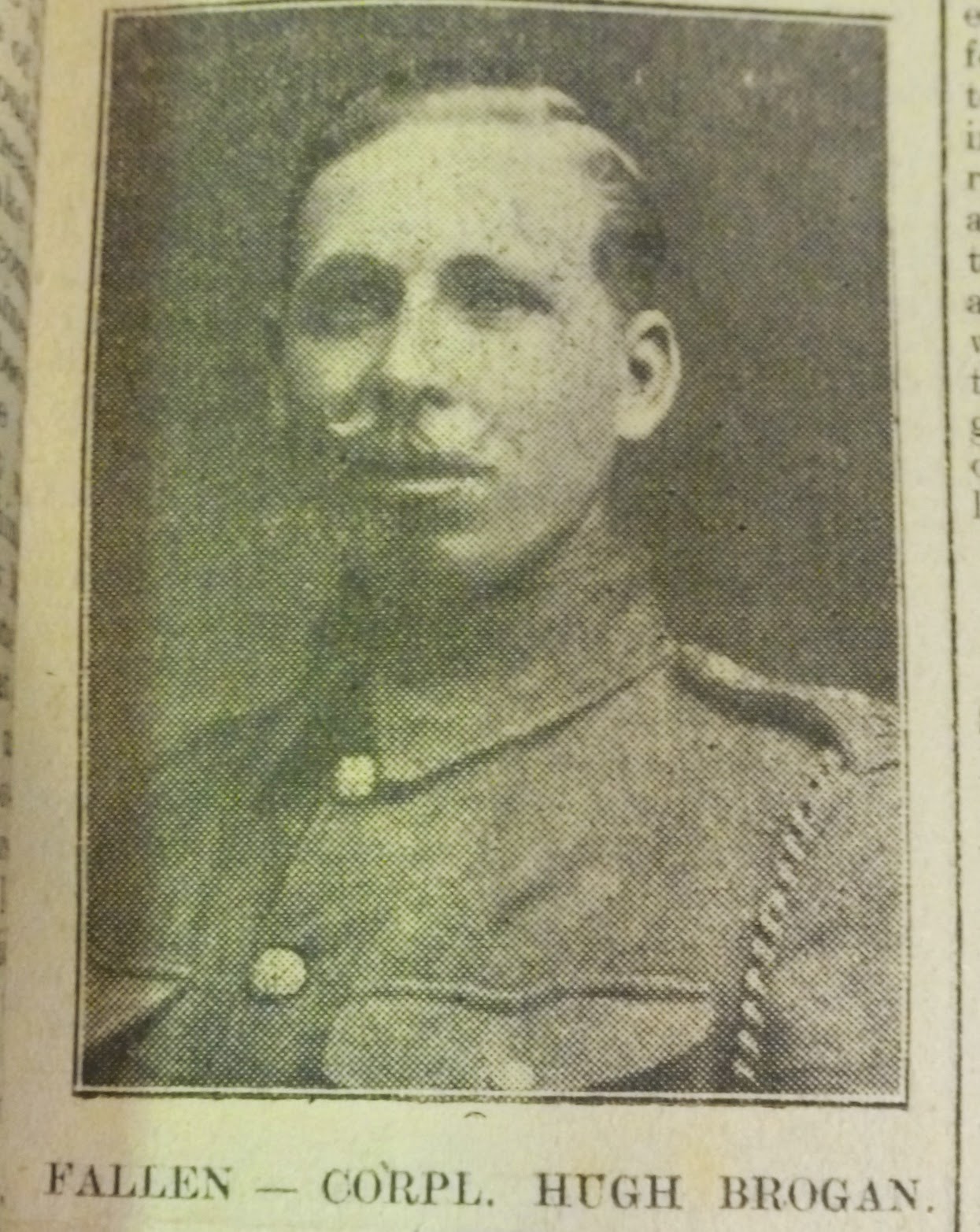