The names on the War Memorial

The War Memorial (pictured to the right) is in the New Cemetery in Glaisnock Street. It was unveiled  by Lt-Col Archibald McInnes Shaw of Ballochmyle on Saturday 25th June 1921. There are 8 bronze plaques with 7 of them with the names of 117 men associated with Cumnock. Is your ancestor among them? Get in touch with your memories.

The names are organised first by rank,  hen alphabetically.
Click below for all the names

Scroll over names to find information. Names are being added as they are discovered. 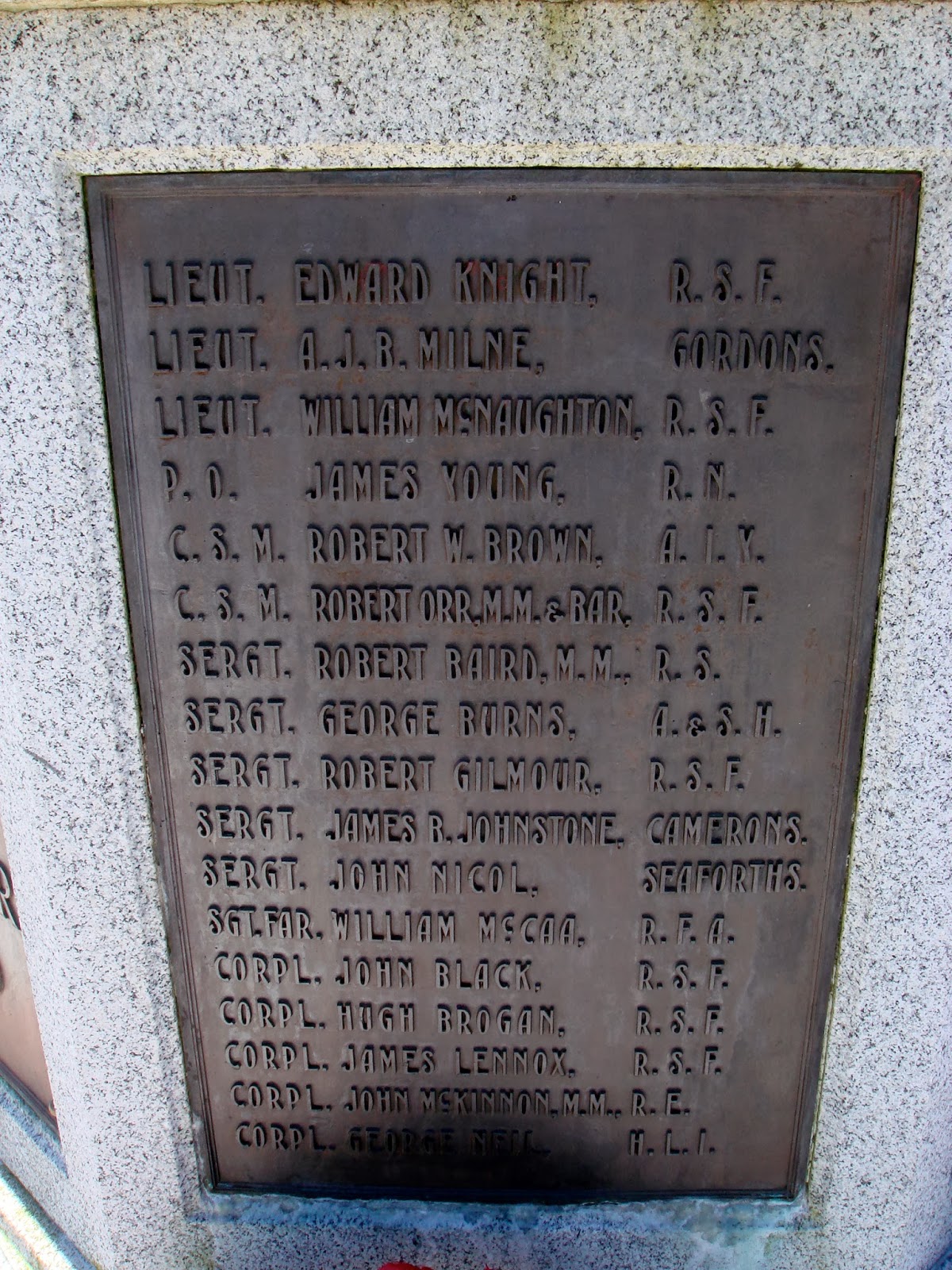